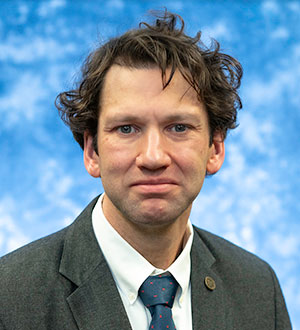 Benjamin W. McDonough is the Senior Deputy Comptroller and Chief Counsel at the Office of the Comptroller of the Currency (OCC).

In this capacity, Mr. McDonough oversees the agency’s legal and licensing activities, including legal advisory services to bank supervision and policy, enforcement, litigation, agency administrative matters, legislative initiatives, the chartering of new banks, and changes in structure and activities of existing banks. He serves on the OCC’s Executive Committee and provides advice and counsel to the Comptroller of the Currency and senior OCC executives. He assumed this role in June 2021.

Prior to joining the OCC, Mr. McDonough served as Associate General Counsel in the Legal Division at the Board of Governors of the Federal Reserve System. He joined the Federal Reserve Board in 2008, and during his time there, he worked on a variety of regulatory and supervisory matters, including providing legal advice to the Large Institution Supervision Coordinating Committee Operating Committee and to the Federal Reserve’s stress testing program. From August 2014 through July 2015, Mr. McDonough was a secondee to the European Central Bank’s Legal Division.

Prior to joining the Federal Reserve Board, Mr. McDonough was a Senior Attorney at the Federal Deposit Insurance Corporation, where he began his career as an Honors Attorney.