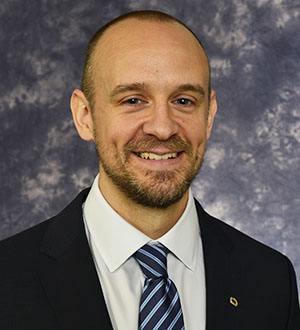 As Deputy Comptroller for Thrift Supervision, Mr. Brickman leads the OCC's ongoing effort to fully integrate the supervision of federal savings associations into its mission while ensuring a balanced, consistent interpretation and application of supervisory policies to the thrift industry. He assumed this role in April 2015.

As Deputy Comptroller for Special Supervision, Mr. Brickman oversees the supervision of the OCC's most critical problem midsize and community banks and federal savings associations. His division develops and implements rehabilitation or resolution strategies for assigned banks and savings associations, including the orderly management of closings, when necessary. His group also supervises OCC Headquarters-based fraud specialists and their activities. He took on this role in February 2015.

He reports to the Senior Deputy Comptroller for Midsize and Community Bank Supervision.

Mr. Brickman began his federal regulatory career with the Office of Thrift Supervision (OTS) as an examiner in Kansas City, Mo., in 1998. At the OTS, he held numerous positions, including Conglomerate Examiner—Complex and International Organizations, Senior Advisor to the Managing Director of Supervision, and Director for Regional Activities, which included oversight of large and problem thrifts.

In 2011, Mr. Brickman joined the OCC as a Director for Special Supervision, where he led a staff of problem bank specialists and oversaw a portfolio of problem banks and thrifts. He has also worked as an Acting Associate Deputy Comptroller for the Southern District, as an Associate Deputy Comptroller in Midsize Bank Supervision, and on national projects addressing the OCC's matters requiring attention policy and examiner rotations programs.

Mr. Brickman holds a bachelor of science degree in business administration from the University of Kansas.