13th Comptroller of the Currency 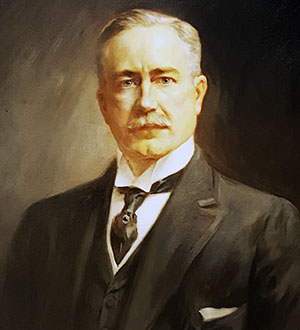 John S. Williams was a leading southern financier. He was appointed Comptroller by President Wilson after serving as assistant secretary of the Treasury. Williams was Comptroller throughout World War I. Under his leadership, the agency worked closely with the War Finance Corporation, which was established in 1918 to provide credit to businesses, including banks, to promote the war effort. During William's term, legislation was passed allowing the consolidation of two or more banks.