14th Comptroller of the Currency 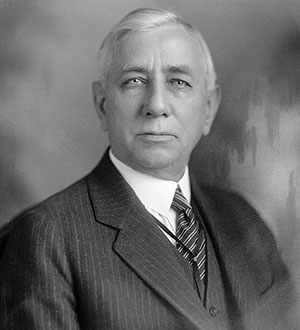 Born in a log cabin in Ohio, Daniel R. Crissinger was a lawyer, banker, and longtime friend of President Harding before he was appointed Comptroller. Legislation enacted during Crissinger's incumbency provided for a third deputy comptroller, extended the charters of national banks for 99 years, and authorized the Comptroller to employ additional examiners and to establish a corps of examiners in Washington headquarters. In June 1922, there were over 8,000 national banks, the largest number in the history of the national banking system. Crissinger resigned to become chairman of the Federal Reserve Board.