16th Comptroller of the Currency 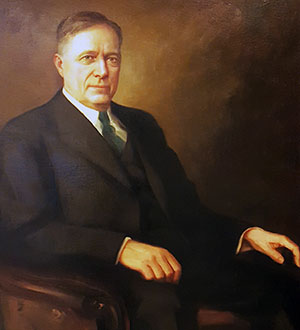 Joseph W. McIntosh, appointed Comptroller by President Coolidge, was a banker who had served with distinction in World War I. The passage of the McFadden Act in 1927 brought major changes to the national banking system. National banks could consolidate with state banks under certain conditions. They could establish branches under specified limitations, but only within the limits of the city or town of the parent bank. National bank charters became perpetual unless terminated by voluntary liquidation or receivership. McIntosh became a banker and businessman after his term as Comptroller.