18th Comptroller of the Currency 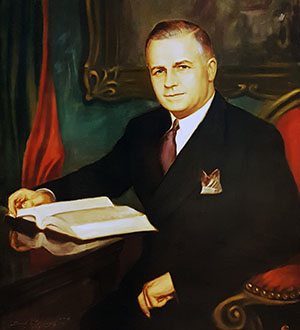 J.F.T. O'Connor, an attorney, was appointed Comptroller by President Franklin Roosevelt during the worst financial crisis in U.S. history. To O'Connor fell the tremendous task of disposing of the assets of national banks that were not allowed to reopen after the banking holiday and terminating receiverships of national banks. During his tenure, the Federal Deposit Insurance Corporation was established. Beginning in 1935, national bank notes were withdrawn from circulation. O'Connor was appointed a United States District Judge in 1940.